NDE Clarke Pitchline Ltd has over 50 years of engineering history that helps to deliver the unique mechanical power transmission expertise and skills the company offers today.

How it all began

Back in 1905, an young engineer named Percy Riley purchased a narrow strip of freehold land along Aldbourne road, Coventry, with plans to build temporary wooden sheds to be able to develop engine powered prototype vehicles. From this, Percy Riley Motors was founded. As the business grew, a brick built factory was built on the site to facilitate higher volume production of motor vehicles for commercial sale to the general public. The factory was named Castle Works because Coventry's ancient castle wall formed part of the factory's foundations. In early 1913 Percy was joined by three of his brothers to focus on manufacturing entire automobiles. Riley grew rapidly through the 1920s and 1930s producing 4, 6 and 8 cylinder engines. But in the late 1930s, the company slowly became a victim of its own success and Percy realised this and he favoured manufacturing a wider range of vehicle components and developing mechanical power transmissions systems and gearboxes. So in 1938, Percy Riley retained the independent engine and gearbox plant and formed P.R. Motors. In 1941, Percy died but P.R. Motors workforce had become multi-skilled to enable it to diversify and continue to make different transmission systems for the construction industry such as gearboxes for dumper trucks. Then in 1966, P.R. Motors sold it's dumper truck gearbox design and engineering assets to tthe transmissions division of Newage Transmissions.

NDE Clarke Transmissions originated in 1977 as the company Universal Driveshafts Ltd (UDS) at a facility in Lichfield, Staffordshire. The founders had identified an opportunity for a company to specialise in the manufacture of universal drive shafts for non-automotive applications such as heavy goods vehicles, buses and industrial applications such as steel works and pumping stations.

In 1978, Newage Transmissions sold its property assets at Castle Works to NDE Clarke Pitchline Transmissions Ltd where NDE would subsequently manufacture power transmission equipment including gearboxes, couplings and drivelines for motor vehicles, the marine industry, defence, coal, paper and steel sectors up until today. The company grew rapidly during the course of the 1980’s and the company was eventually purchased by the Burman Hi-Ton Group who relocated the operation to its Clarke Precision Engineering business in Birmingham. Here it acquired the name of Clarke Transmissions Ltd where it continued to serve its established markets such as the steel mill, paper mill and marine power sectors with high performance universal driveshafts, universal joints and other power transmission equipment.

Growth throughout the 1990’s

In 1992 the business was sold to Cressex Holdings who moved it to their engineering business – New Design Engineering (NDE) in Coventry where it became known as NDE Clarke Transmissions. Again the business concentrated on developing solutions for the bus and industrial sectors and rapidly grew throughout the 1990’s, with a broadening range of propshafts and universal joints.

In 2000 the current owners purchased the company from Cressex Holdings along with another complimentary mechanical power transmission company; Pitchline Transmissions Ltd. The two companies were eventually sited at one factory in Aldbourne Road, Coventry, UK.

Pitchline Transmissions Ltd had originally been set up in the late 1960’s by two Coventry entrepreneurs who started manufacturing gear couplings for the mining industry which was booming and demand was outstripping supply. Pitchline quickly designed their own range of ‘P Series Gear Couplings’ and became established as principle suppliers of gear couplings to the National Coal Board (NCB).

The business flourished until the infamous national coal strike of 1982 where demand for the gear couplings for the mines diminished rapidly. Fortunately, the company had managed to gain business at a number of large mining engineering companies and continued to supply them with their products throughout the 1980’s and 1990’s. The Company was incorporated into the Bibby Transmissions Group until it was purchased by its present owners in 2000.

Investing in the future

Where we are now

In 2010, following gradual system integration, NDE Clarke Transmissions Ltd and Pitchline Transmissions Ltd were formally merged together into the one company NDE Clarke Pitchline Ltd. The company offers a genuinely unique and comprehensive range of universal drive shafts and gear couplings and specialist engineering services from its headquarters in Coventry. NDE Clarke Pitchline is committed to delivering design and manufacturing flexibility, enhanced performance and reliability and an unrivalled depth of understanding to all mechanical power transmission applications. 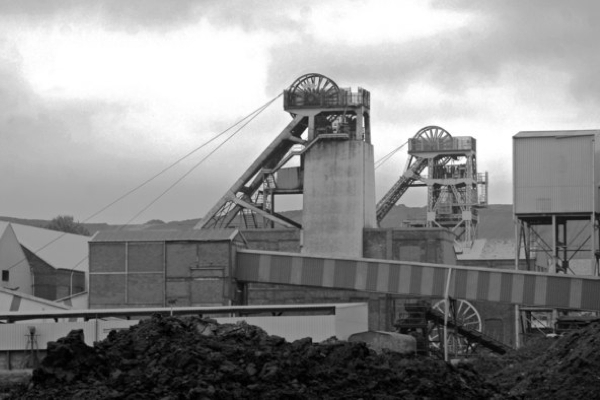 Pitchline couplings supplied the National Coal Board (NCB) with mechanical power transmissions couplings and components to meet the demands of the coal industry. 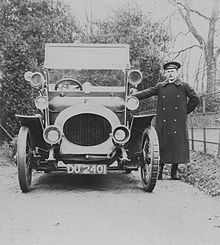 Chauffeur with a Riley Motors car.

To book an engineer, please fill in your
information below and we will be in touch.